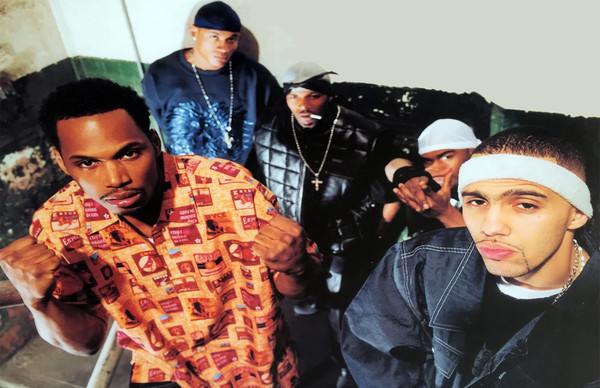 Crimewave was rap group primarily from the Bronx, NY launched by Shamus. Beside himself, it was made up of rappers Fluid, Maximillian, Skar & Karachi R.A.W.

Their first release was a single dropped in 1997 through Shamus' Raw Track Records called "War Fair".

In 2002, they released their only full length album, "Scripture Won : The Beginning Of..." on Crimewave Entertainment & Bahari Records. This album is good, with some beats provided by Alchemist, Buckwild, Psycho Les, The Smith Brothers or Armageddon among others, but it failed to get the crew out of the underground.

Crimewave members parted ways after this. 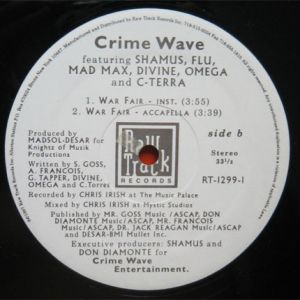 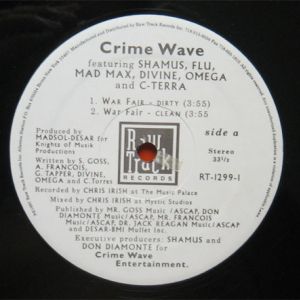 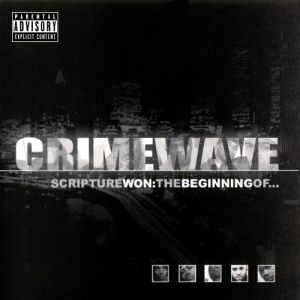