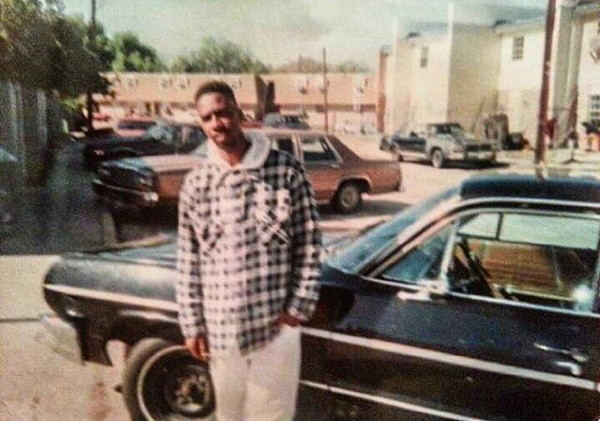 Born and raised in the neighborhood of Algiers, on the West Bank of the Mississippi River, Kenneth Jackson Jr. a.k.a G-Slimm (February 17, 1975 – October 13, 1996) was a gansgta rapper from New Orleans, LA and a member of the late Boot Camp Clicc (with Mystikal, Insane, Black Menace & Fiend).

Some people say G-Slimm is like the 2-Pac of the South, and it might not be an unfair comparison when you listen to his one and only album, "Fours Deuces & Trays", released in 1994 on Big Boy Records. Like 2Pac, G-Slimm comes out with a versatile flow, impressive lyrics with some social conscience that stands out in the middle of an overall gangsta attitude. 2Pac and G-Slimm also both have that charisma and passion that make them immediately different from the average gangsta rapper, even a good one. Finally, they both share this tragic destiny...

"Fours Deuces & Trays" is widely considered as a Gangsta Rap Classic and sometimes as one of the most important in southern rap history.

It was a huge underground success, so that G-Slimm was offered a major deal by Relativity Records  in 1995 to work on his sophomore release.

Sadly, the October 13th, 1996, he was shot to death in his neighborhood before he could drop another album. He was aged 22 years old.

Obviously he was one of the greatest Gangsta Rapper of the South and arguably the best from the Boot with Soulja Slim...

Bouncing In A 6 Tray (Tape)