Madd Currency was a gangsta rap duo from Fairfield, CA made up of local legends Skip Dog & Lil Jazz, who teamed up several times as solo artists or within another former collective called Da Madd Boots.

Madd Currency released a self-titled album through BodyBag Records, which is tight thanks to the dexterity of the 2 MCs & the production work that's handled by Rick Rock, Mike Mosley, B.C., K-Lou & T-Roy. And oh... some featured guests such as Mia X, Marvaless or Messy Marv among others... 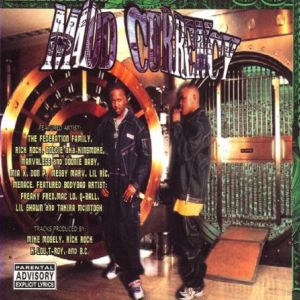