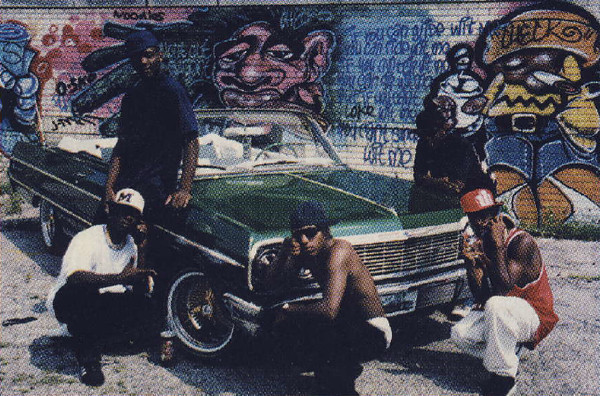 N.A.P., which stands for "Niggas Ain't Playin", was a gangsta rap group from Indianapolis, IN, made up of Keylo-G, Ya-Yo, C-Rocc, Mel-Capone, Big Blu & Lil Muny.

They first appeared on a local tape by the House Of Villians in 1994 on Felony Records.

"Straight Out The Nappy City" (1996) was supposed to be taken from a forthcoming album, "Noth'n But A Come-Up" that was never released for some unknown reason. It's a shame because the EP is arguably the best release from Naptown...

Keylo-G, one of the founding members of the group, also dropped several solo releases in the 2000's...

With : House Of Villians