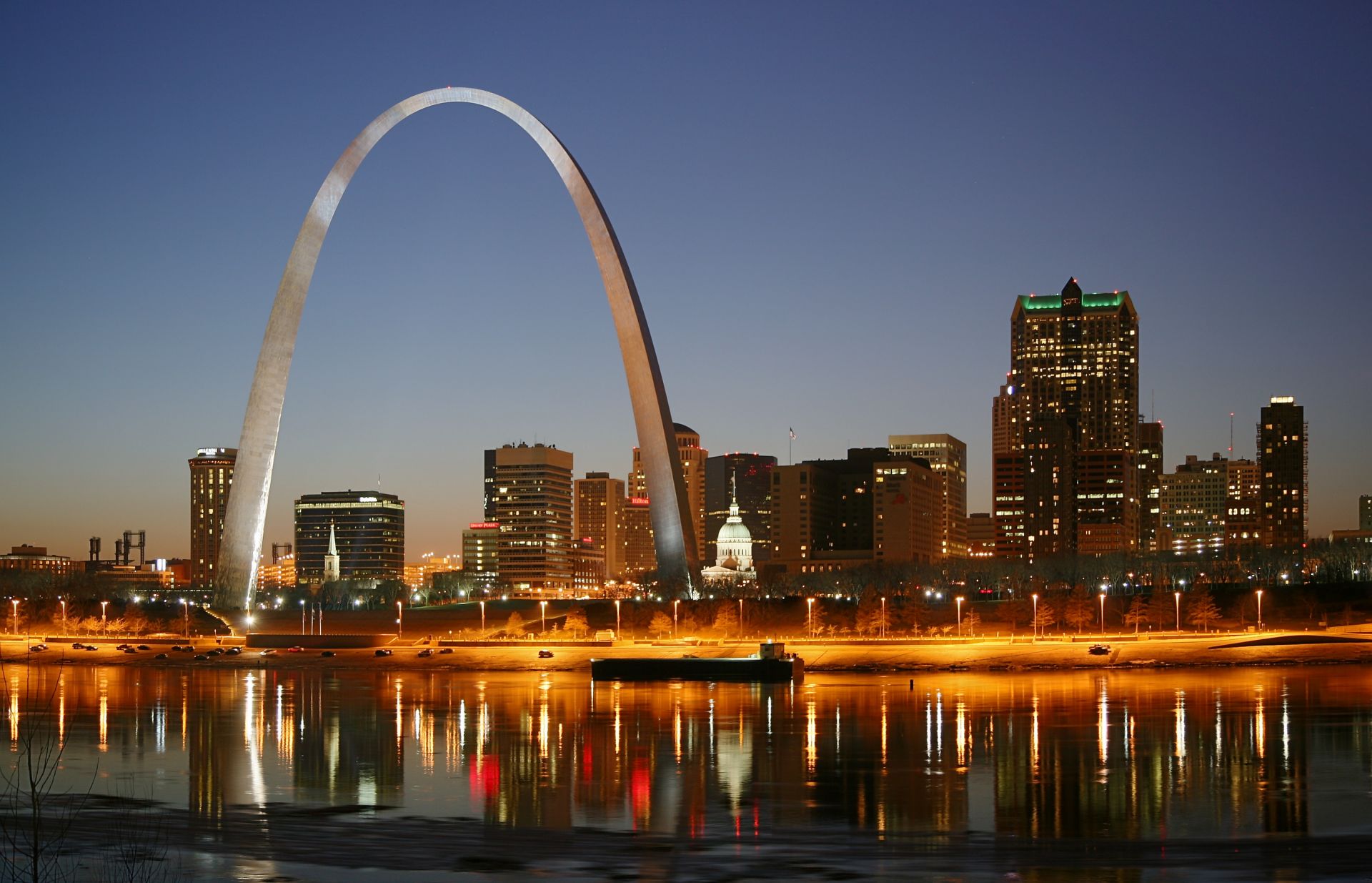 Raw Society, formerly known as NCO & who also goes by the name Raw Fosho is a rapper frequently associated with the St. Louis rap scene but he's originally from East Saint Louis, IL.

He specialized himself in releasing this kind of holy grails that collectors or real underground rap lovers seek after years after years...

Raw Society released independently about 10 albums, including several masterpieces ("Tears Of A Man", "Mid Evil Times", "4 Life" and the even better "Reign Of Terror", which is arguably one of the best releases from the Midwest...).

Very few features on these records except for Cap One of Simken Heights who appears on several albums of Raw Society. 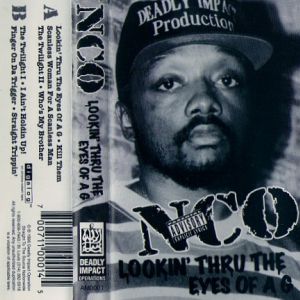 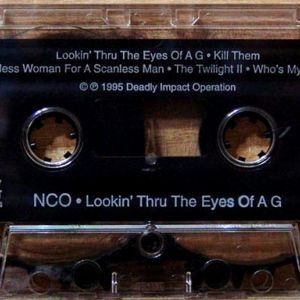 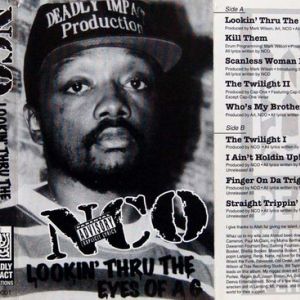 Lookin' Thru The Eyes Of A G (Tape) 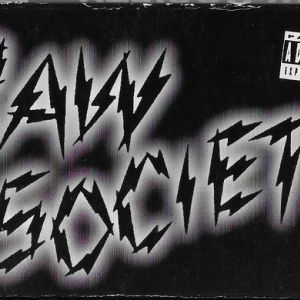 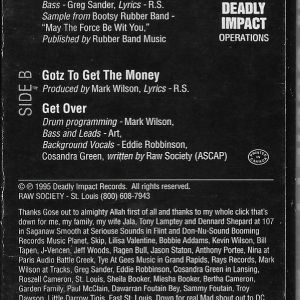 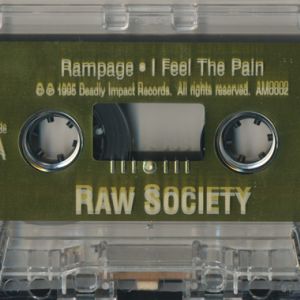 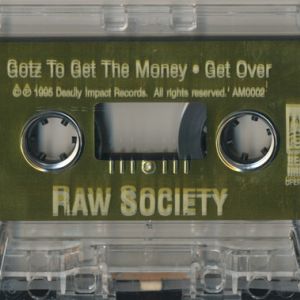 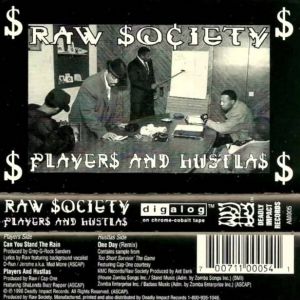 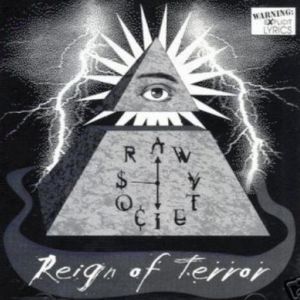 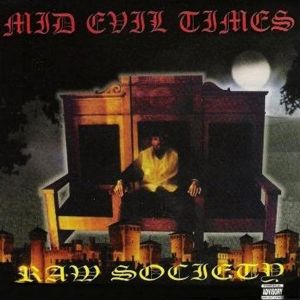 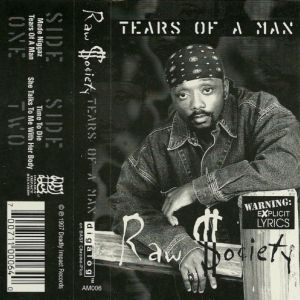 Tears Of A Man (Tape) 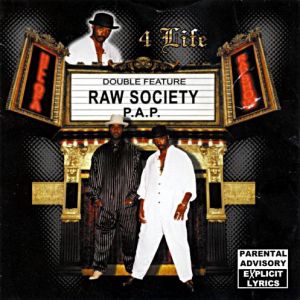 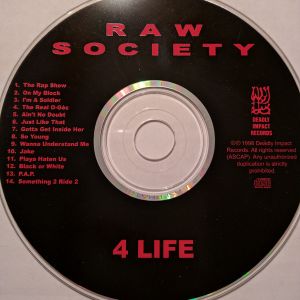 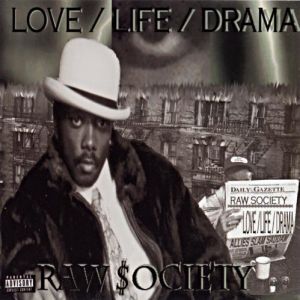 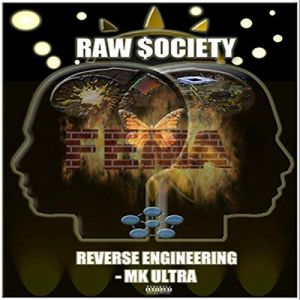