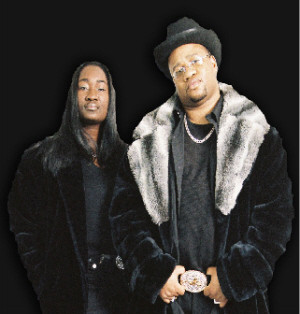 Gospel rap duo from Chaicago, IL made up of SirFish & Pooh, who were signed on notorious gospel rap label Grapetree Records.

They reelased 3 albums from 1997 to 2000 & a best of compilation album in 2001. Their debut & sophomore releases are very good & re regarded as religious rap classics...